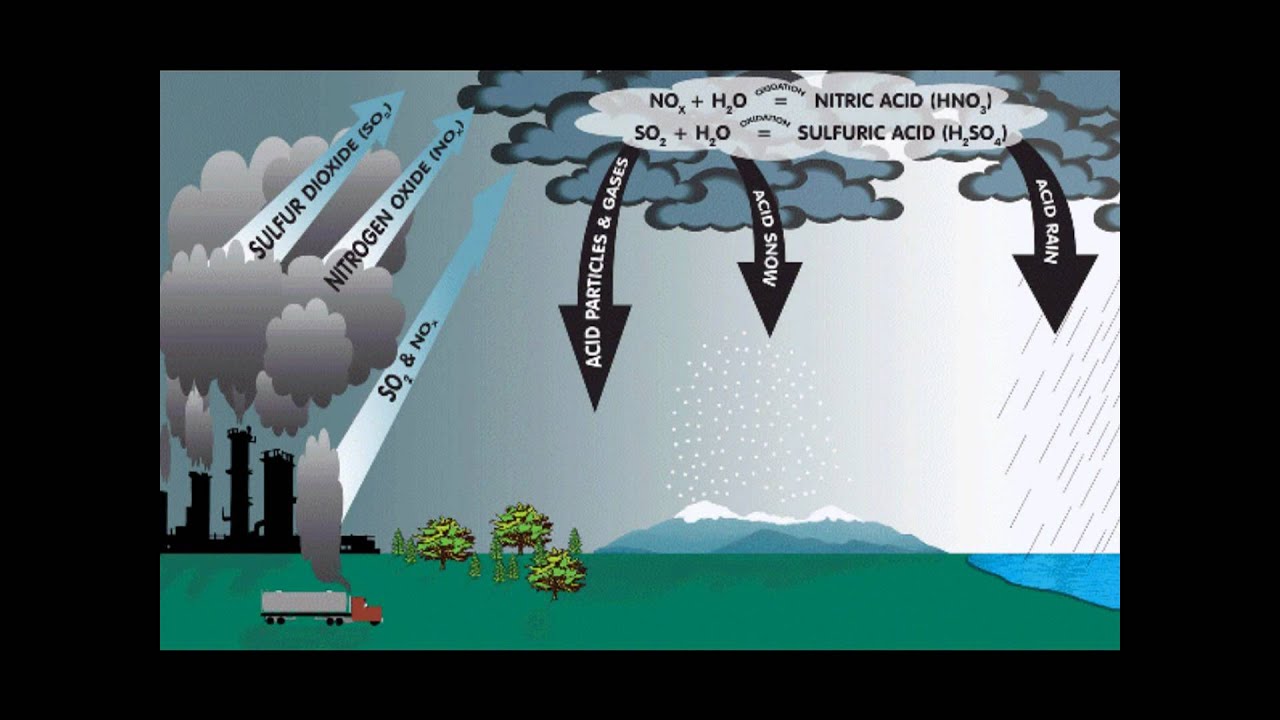 Acid Rain: Acid rain is a results of air pollution. When any type of fuel is burnt, lots of different chemicals are produced. The smoke that comes from a fire or the fumes that come out of a car exhaust don’t just contain the sooty grey particles that you can be see – they also contain lots of invisible gases that can be even more harmful to our environmental.

Acid rain, or acid deposition, is a broad term that includes any form of precipitations with acidic components, such as sulfuric or nitric acid that fall to the ground from the atmosphere in wet or dry forms.  This can be including rain, snow, fog, hail or even dust that is acidic. 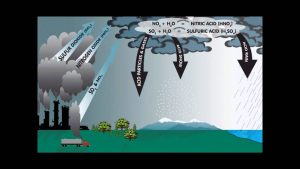 Acid rain is caused by the emissions of Sulphur dioxide and nitrogen oxide, which react with the water molecules in the atmosphere to produce acids. Some governments have made   efforts since the 1970s to reduce the release of sulfur dioxide and nitrogen oxide into the atmosphere. These efforts had positive results due to the widespread research on acid rain starting in the 1960s and the publicized information on its harmful effects.

Acidity and alkalinity are measured using the pH scale. 7.0 is neutral. The lower a substance’s pH (less than 7), the more acidic. It is the higher a substance’s pH (greater than 7), the more alkaline it is. Normal rain has a pH of about 5.6.  It is slightly acidic because carbon dioxide (CO2) dissolves into it forming weak carbonic acid.  Acid rain usually has a pH between 4.2 and 4.4.

The Effects of Acid Rain

Acid rain can be carried great distances in the atmosphere, not just between countries but also from the continent to continent. The acid can be take the form of snow, mists and dry dusts. The rain sometimes falls many miles from the source of pollution but wherever it falls it can be having a serious effect on soil, trees, buildings and water.

Forests and all over the world are dying, fishes are dying. In Scandinavia there are dead lakes, which are the crystal clear and contain no living creatures or plant life.

Acid Rain proposes a very harmful effect on the ecosystems as well. The acidity in the water can cause many fish and sea life to die, and that can be throw off the whole food-chain. A test was done by the results, which were published in 1990, showed that most of the lakes in Adirondack area had low pH levels and that the lakes with these low levels had no fish.

Acid rain does not directly affect human health. The acid in the rainwater is too dilute to have the direct adverse effects. The particulates responsible for the acid rain (sulfur dioxide and nitrogen oxides) do have an adverse effect. Increased the amounts of fine particulate matter in the air contribute to heart and lung problems, including asthma and bronchitis.