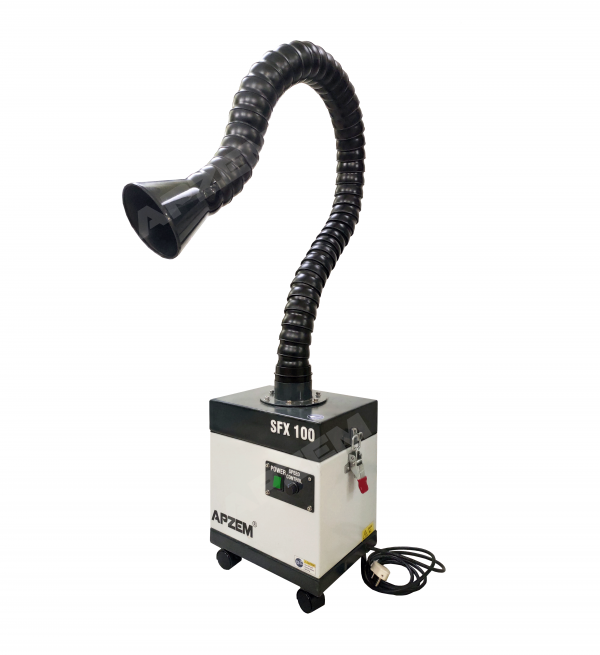 Apzem soldering fume extractors for the fumes control from the electronic industries. Single arm Solder smoke absorber is compact and highly productive. It has to quiet operation, convenient mobility, and high efficiency. It is specially made for soldering purpose. Apzem’s solder fume extraction system absorbs soldering fumes and purifies the air by passing them through a multi type filtration media.

It is specially designed for soldering and mild laser soldering fume generating applications. The various stages of filtration prevent the fumes from escaping into the atmosphere, the silent operation allows it to be user-friendly and most preferred in the industry. Soldering Fume Extractor – Dual Arm, Decentralized and Centralized Soldering Fume Extraction systems are available for multi-user solder fume extraction.

It consist of three stages of filtration:

When solder wire is heated, it emits vapors containing a variety of compounds. Inhaling these gases might trigger asthma attacks or worsen existing respiratory disorders. In addition, the vapors can irritate the upper respiratory tract, eyes, and skin. Because the worker’s head is likely to be in close proximity to the fume source when hand soldering, there is a higher risk. Coworkers in the area may also be at risk of being exposed. Workers involved in Rework and assembly of electronic and electrical components , Telecommunications equipment, HVAC devices, Soldering & desoldering (common in recycling) and many other applications involving solder process are highly prone to the exposure of solder smoke. 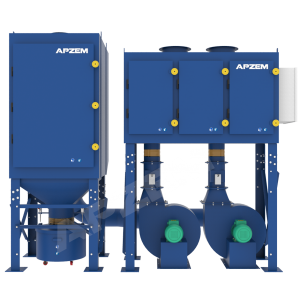 APZEM Centralised Fume Extraction system are custom designed for multi point fume trapping application, the fumes generated during various laser process, cutting, welding are captured at multiple points. As many as 10 to 30 points shall be connected to the system for fume extraction. 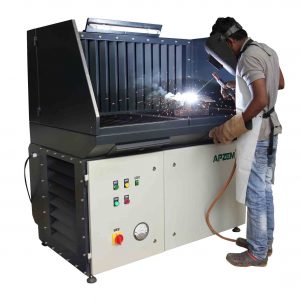 Apzem downdraft and backdraft workbench dust fume collectors are designed as a safe and ergonomic workstation for capturing fumes and dust particles during grinding, Plasma cutting, welding, and other mild power handling applications protecting workers from inhaling it. 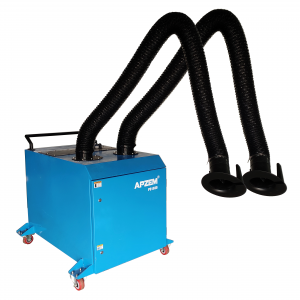 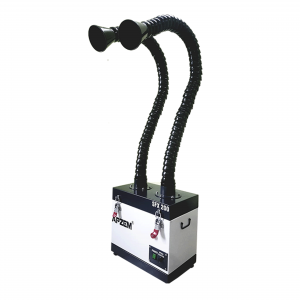 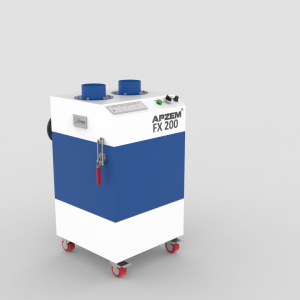 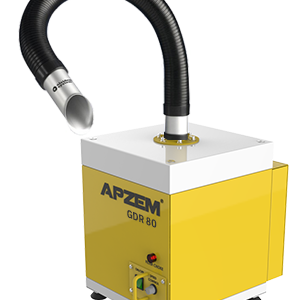 Processes like Laser marking, Gold Hall Marking, Laser Engraving , Cutting and other Jewelry Processing Applications involves the removal of gold which produces gold dust particles.
In Apzem’s Gold Dust Collector, the dust particles are captured at the source and goes through two stages of filtration. By Two stage filtration even micron level particles are captured and recovered without any loss. It is very compact and easily portable. It is a an effective and economical solution for recovering of gold dust.