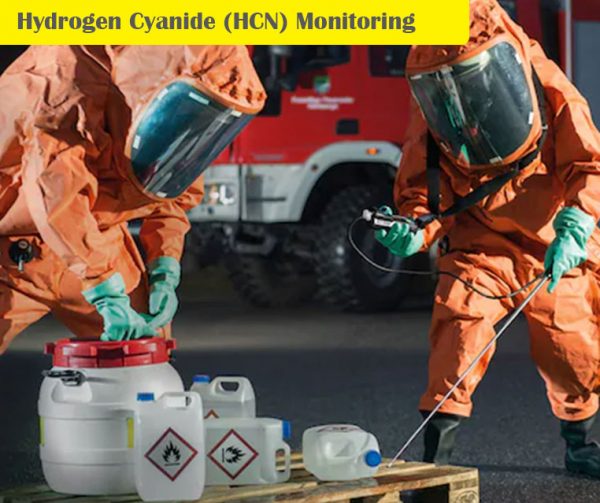 Hydrogen Cyanide HCN Monitoring for Stack, Ambient & Indoor Environments in industries needs to be done periodically to ensure the safety & standards of the Quality of air that the workers breathe.

HCN is highly toxic by all means of exposure and causes abrupt respiratory and cardiovascular problems and finally death in few minutes if exposed at high levels. Lower concentration exposure can cause nausea, eye irritation, headache and vomiting and in some cases coma and death.

Hydrogen Cyanide is a colorless gas ( At higher temperatures ). Hydrocyanic acid is a colorless or pale blue liquid, with bitter almond odor and bitter burning taste. Hydrogen cyanide is highly volatile and produces lethal concentrations at room temperature and the HCN vapor is flammable and potentially explosive. Its used as 96% aqueous solution and is soluble in water.

Hydrogen cyanide is a predominant industrial chemical and primarily used in the manufacturing of plastics, synthetic fibers like nylon, paints and other chemicals, ore-extraction, electroplating, dying, printing, photography, metal cleaning etc. HCN and other cyanide compounds are also being used as a fumigant to control pests.

Exposure to hydrogen cyanide can be by anyone of the several ways such as breathing, eating, or drinking the substance or by skin or eye. Severe health effects will occur if exposed to HCN and these effects differs based on the concentration, form of chemical, dosage, duration of exposure etc. HCN’s toxic nature restricts the usage of oxygen by the body. Initial effects of exposure includes sickness, dizziness, headache, confusion and drowsiness. Short Term exposure can cause unconsciousness, fitting, coma and death. It might also cause long term brain and nervous system damage. 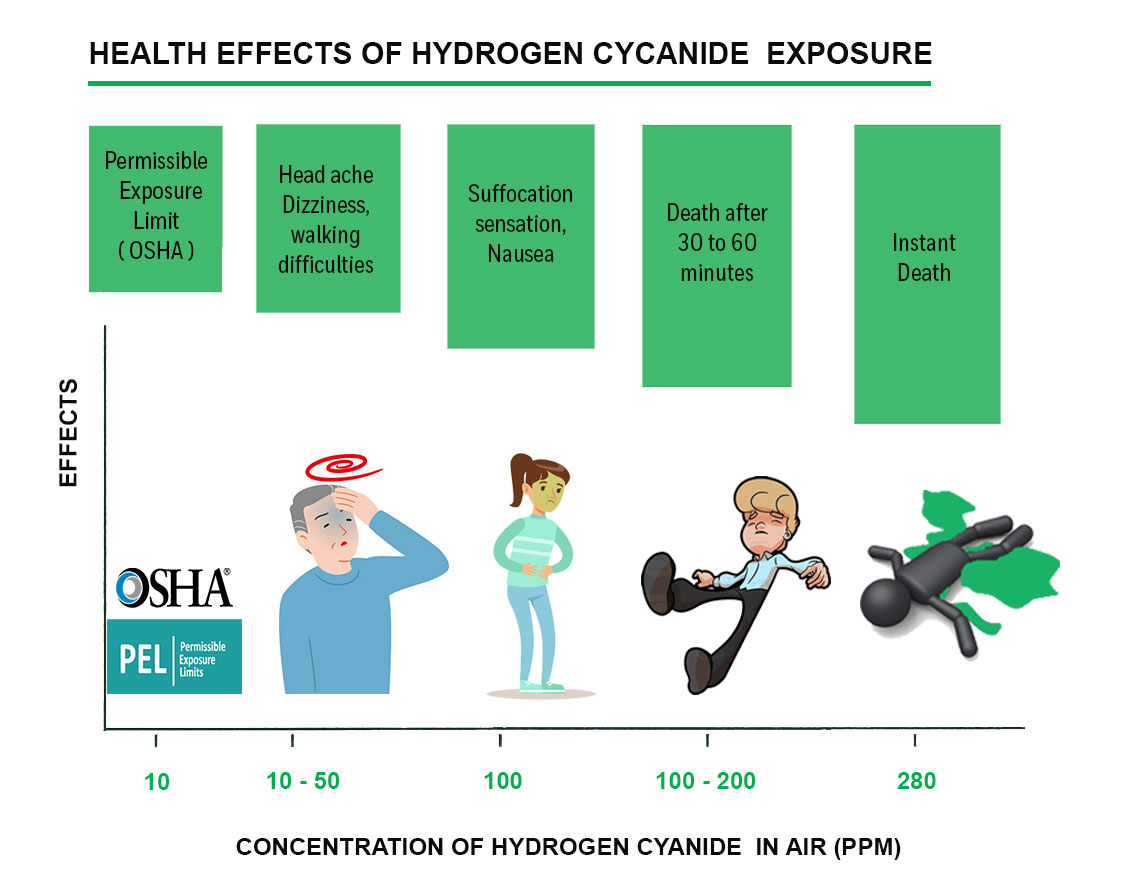 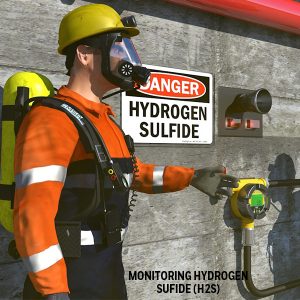 H2S Monitoring for Stack, Ambient & Indoor Environments needs to be done periodically to ensure the safety & standards of the Quality of air that we breathe. Hydrogen Sulfide is a high level toxic gas that can cause sudden death if exposed at high levels and even minimum exposure causes acute damages to the inhaler. Periodic H2S gas level monitoring helps to keep workers safe in hazardous work environment. 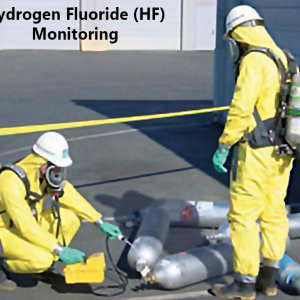 Hydrogen Fluoride (HF) is a colorless gas, with a pungent smell at 0.04ppm. Inhalation of this gas can cause eyes, nose and throat irritation. Exposure to high levels may cause muscle spasms and can damage the lungs and heart and in extreme cases can result in death. It is important in many industries for fast detection of hydrogen fluoride to avoid the gas reaching dangerous toxic levels. Periodic monitoring of  Hydrogen Fluoride is the best solution to ensure the personal safety of workers in different environment.