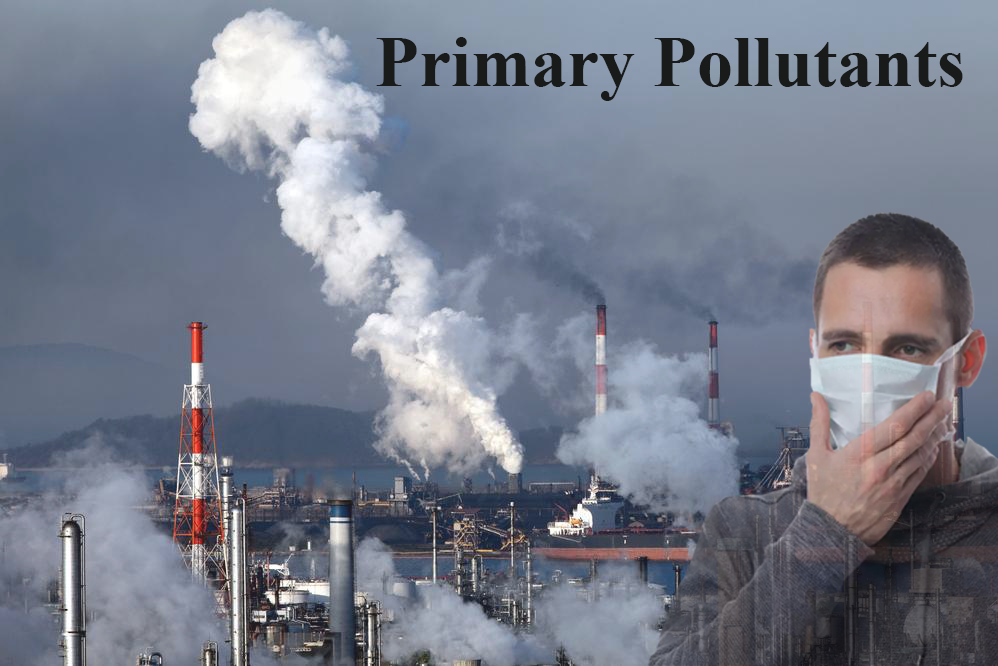 Air is not clean in nature, because of natural and man- made pollution. Gases such as CO, SO2 and H2S are continuously released into the atmosphere through natural resources Ex: Volcanic activity, Vegetarian decay and forest fires. Air are distributed from the tiny particles of solids and liquids by wind, Volcanic explosion and other natural explosion.

Sulphurdioxide is one of the principal contaminants of air. Sulphur dioxide has its origin in the combustion of sulphur being fossil fuels. It is also present in appreciable quantities in air where coal is used as a fuel. Electric power plants. Sulphur dioxide is also released from smelters where sulphur as an ore is roasted e.g., in copper. Lead and Zinc smelting industries. Oil refineries. Sulphuric acid manufacturing industries. Fertilizer industries and paper and pulp industries give out significant amounts of sulphur di oxide Smelting operations are reported to cause heavy damage to agricultural and forest areas. Since sulphur di oxide is readily absorbed by water surfaces, soil and vegetation, deterioration and corrosion affect materials such as metals, paper, paints leather, textiles, cement, and other building material.

Sulphide causes odour nuisance when present even in very low concentration .However, there are not released in appreciable quantities by industrial operation since the effluents are treated before they are exposed to the atmosphere. Natural Gas refining manufactures of coke, manufacture of paper, distillation of tar and petroleum , manufacture of viscose rayon and some other chemical processes produce hydrogen sulphide.

Hydrogen Fluoride and other volatile fluorides are considered to be serious pollutants even where present in concentration of 0.001 ppm by volume. Fluorides are liberated mainly from aluminum smelting industries Moreover, fluorides have the capacity to etch glass and can thee, cause considerable material destruction

The concentrations of hydrogen chloride in the atmosphere are found to be less. However, higher concentrations can cause damage to vegetation and also to properties.

These are present in lower concentrations in the atmosphere. The incomplete combustion of petroleum fuels and incomplete oxidation of lubricating oils from aldehydes and organic acids combustion of natural gas may also contribute to the formation of these materials.