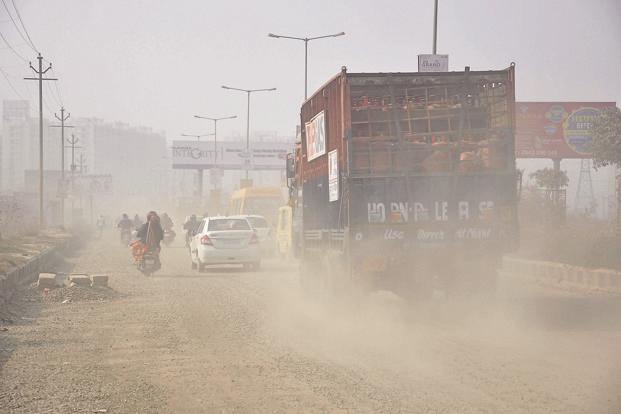 National Environmental Engineering and Research Institute (NEERI) has started to track records on the pollutants levels from the two states; Punjab and Haryana. This project has been initiated because the stubble burning is at its peak in Punjab and Haryana after the Kharif season. This project has been initiated for the determination of the impact that has been made on Delhi’s Air Quality due to the stubble burning. This study is being done for Central Pollution Control Board (CPCB). Several teams are set up to monitor the air quality at places such as Nagpur, Delhi and Mumbai. Three monitoring station have been set up, one at Delhi and two at Punjab. The Air Quality is continuously being monitored since the station had been set up

In order to get the most accurate results the monitoring stations have set up at the interface of the rural and the urban areas. The air samples will be collected for finger print analysis after monitoring a week more. This is being keenly monitored because the particulates created by stubble burning is different from other normal pollutants. This project majorly focuses on the study of the pollutants and to correlate what type of particulates such as PM2.5, PM10, gaseous components, elemental and organic carbon etc. are being emitted. Most accurate results can be obtained only when the monitoring is done when the emission is at its peak. The concentration of PM2.5 is found to be 5 times higher than the permissible limits. The permissible limit for the PM2.5 is 60 microgram per cubic meter and for PM10 is 100.

Recently the level of PM2.5 and PM10 is found to present two to three times higher than the permissible level all over Punjab. National Green Tribunal has banned the unabated burning of agricultural residue in Punjab and Haryana. Yet a large quantities of stubble are being set to fire by farmers. A study states that around 15 million tons of residue is burned in 15 days to make room for new crop.

Burning large quantities of crops results in the emission of fine particulates which results in the increased pollutant level in the air. In winter, the atmospheric capacity of pollutant dispersion is very low. For better analyzing, Satellite Imagery is also used by NEERI. For this support is being provided by The Indian Institute Of Technology (Bombay). This satellite Imagery will capture the maximum heating points along with the direction of fumes.